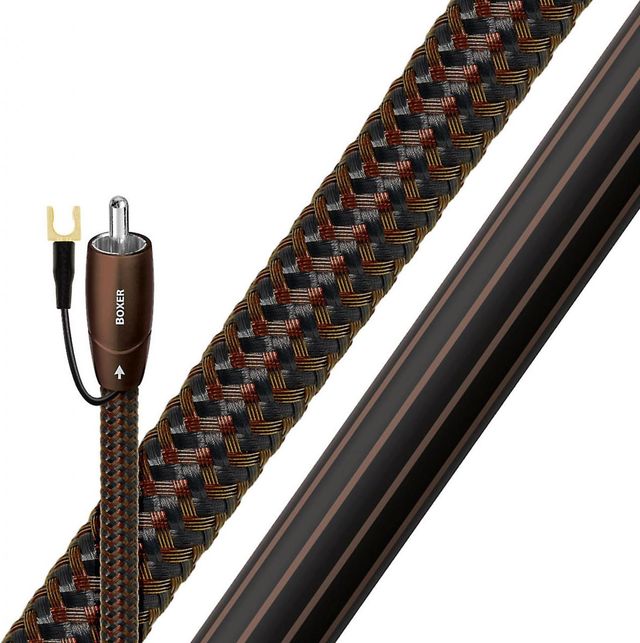 Specifically designed for single-ended applications, Double-Balanced Geometry offers a relatively lower impedance on the ground for a richer and more dynamic experience.
Price Starting At
$229.95Save $NaN
$229.95

The Boxer breed originated in Germany in the late 19th century and was brought to the US after World War I. Today, Boxers are a part of the AKC’s Working Dog Group. Don’t be fooled by that “worried” look on a Boxer’s face. Boxers are known for their fun-loving, genial, and at times downright clown-like demeanor, as well as their remarkable rapport with children. However, Boxers are equally known for courage in the face of danger, or threat to family or loved ones. The Boxer’s innate intelligence, combined with its natural strength of stature, makes it a breed beloved by many.

Solid 1.25% Silver-Plated Copper Conductors: A superbly cost-effective way to maximize a video or digital cable, harsh and horrible for full-range audio, but like turning up the “sharpness” for a subwoofer, enhancing articulation and intelligibility.

Any solid material adjacent to a conductor is actually part of an imperfect circuit. Wire insulation and circuit board materials all absorb energy. Some of this energy is stored and then released as distortion. AudioQuest, however, uses Polyethylene Air-Tube Insulation on both conductors, for increased geometry stabilization and improved clarity. Because air absorbs next to no energy and Polyethylene is low-loss and has a benign distortion profile, Polyethylene Air-Tube Insulation, with its high air content, causes much less of the out-of-focus effect common to other materials.

It's easy to accomplish 100% shield coverage. Preventing captured Radio Frequency Interference (RFI) from modulating the equipment's ground reference requires AQ's Noise-Dissipation System (NDS). Traditional shield systems typically absorb and then drain noise/RF energy to component ground, modulating and distorting the critical "reference" ground plane, which in turn causes a distortion of the signal. NDS's alternating layers of metal and carbon-loaded synthetics "shield the shield," absorbing and reflecting most of this noise/RF energy before it reaches the layer attached to ground.